The Green New Deal: A Bill to make it happen

Published to coincide with the launch of the Green New Deal Bill, set down by MPs Caroline Lucas and Clive Lewis, this new report by the Green New Deal Group sets out what a Green New Deal will look like, explains what is in the Bill, formally known as the Decarbonisation and Economic Strategy Bill, and how it could transform all our lives for the better.

The Green New Deal: A Bill to Make it Happen

All this chimes with what people across the UK are increasingly saying they want to see. Repeated opinion polls confirm just how important action on climate change is to the British public. Two-thirds of people in the UK recognise there is a climate emergency. Seventy-six per cent say that they would cast their vote differently to protect the planet. Six out of ten adults in the UK believe that the government is not doing enough on climate change.  They are right. Where the climate is concerned, winning slowly is the same as losing. We must act now. The climate will not wait. Neither can nor should we accept the corrosive inequality that is tearing society apart. That can’t wait either.

There is no shortage of expertise that could help draw up the plan for rapid transition: numerous environmental groups and policy experts from across the political parties have drawn up reports detailing how the UK could rapidly decarbonise in a way that also answers pressing social challenges. The UK parliament, Scottish and Welsh governments and councils across the UK have all declared climate emergencies. In terms of practical action, many of our towns and cities have been leading the way and there are a plethora of examples we can learn from around the world.

The detail will change as the Green New Deal develops, and with contributions from people from all walks of life, particularly those on the front line of change. It is the start, not the end, of a conversation, and it is a conversation we will all need to be part of.

Workers want to work in the economy of the future but need assurances that the jobs created will be good, secure, unionised jobs. Businesses want to move into new, green sectors, and investors are keen to support the transformation, but both need the confidence that can only be provided by government. The skills, ambition and potential of people across the UK knows no bounds. As we have before, we can come together to create a society that is better for all of us – but we will need bold action from government to make that possible. The Decarbonisation and Economic Strategy Bill sets out what government needs to do to unleash that potential.

Caroline Lucas and Clive Lewis MP are seeking feedback on ways to improve the Green New Deal Bill before it is re-introduced in the next parliamentary session – please email with your suggestions. 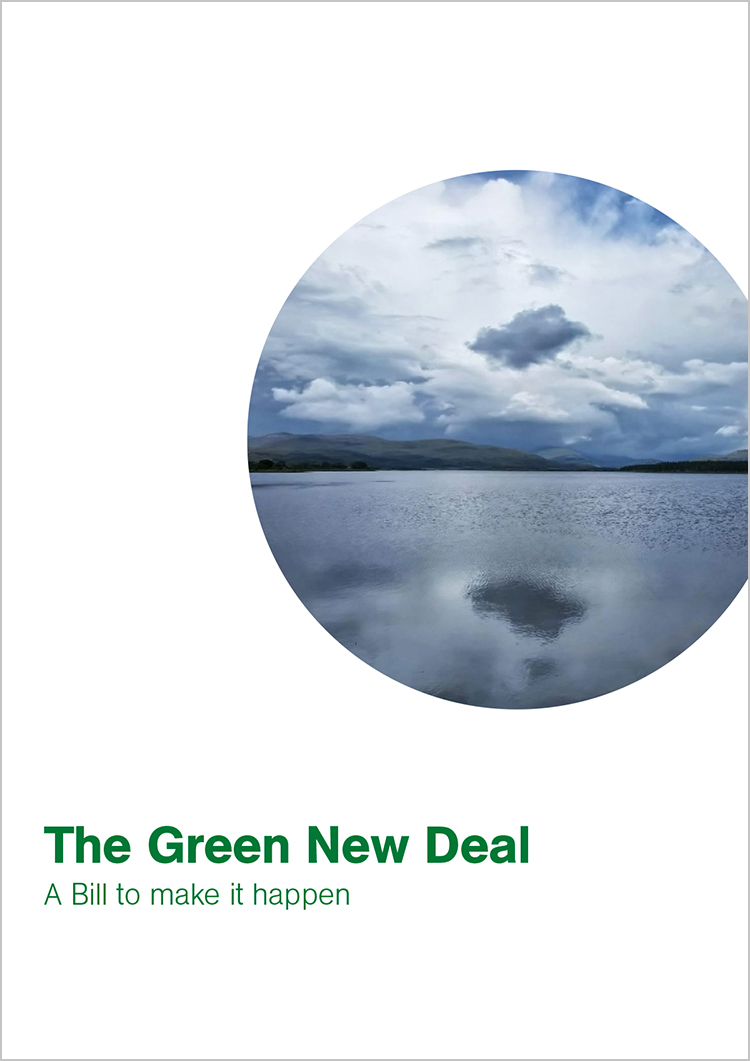