The Green New Deal will rekindle a vital sense of purpose, restoring public trust and refocusing the use of capital on delivering the rapid decarbonisation of almost every aspect of our economy that the science tells us is necessary, while also rapidly reducing inequality. In this way it can also help deliver a wide range of social benefits that will greatly improve quality of life now and in the future.

The Green New Deal includes policies and novel funding mechanisms that will reduce the emissions contributing to the climate crisis. It will transform our energy supply, transport systems, and the way we grow our food and use land, to end our reliance on the fossil fuels which we can’t afford to burn.  At the same time it will reduce demand for coal, oil and gas, to speed the transition and to make sure we don’t deplete other finite resources.

It consists of two main strands. Firstly, it entails a structural transformation of the regulation of national and international financial systems, and major changes to taxation. And, second, a sustained programme to invest in and deploy energy conservation and renewable energies, coupled with effective demand management, alongside the transformation of our transport infrastructure, the way we grow the food we eat, manage the land, and the way we work. This huge transformational programme must be designed to decarbonise the economy use of fossil fuels at the scale and speed that the science tells us is necessary, while focussing investment on the communities and places where investment is needed most.

The Green New Deal will transform our energy supply, transport systems, and the way we grow our food

The Green New Deal Group’s first report published in July 2008 was intended as a first word, not a last. Much has changed since 2008, but the root causes of the interlinked threats have not: the climate and ecological crises are more pressing and the time for effective action is running out fast. Corrosive inequality caused by an economy that isn’t working for the majority has increased around the world, and a finance system that works in the interests of a tiny elite leaves us dangerously exposed to further financial shocks.

There is huge potential, and growing support in the US, Canada, Europe, the UK and elsewhere for approaches based on a Green New Deal. In the UK, local authorities and local communities are showing real leadership, declaring emergencies and implementing the kind of policies called for in the Green New Deal, not waiting for national governments to act.

Action at the international level will be needed to build the orderly, well-regulated and supportive policy and financial environment that is required to transform the global economy, rapidly decarbonise and restore depleted ecosystems and habitats, providing ample quality employment in the process. Critically, this must include financial mechanisms to help the majority world adapt to the degree of climate change that is already inevitable, and transfer the resources and technology needed for decarbonisation built on the recognition that credit-fuelled overconsumption means that the world’s richest economies have built up massive ecological deficits.

Only by directly addressing the interlinked causes of these crises can we safeguard the climatic conditions in which human civilisation is possible. Respond in time, with a plan to transform the economy and finance, reversing inequality as we decarbonise, and we can lay the foundations for resilient, low-carbon high well-being economies, rich in fulfilling jobs, based on independent sources of energy supply, and in which communities can thrive. 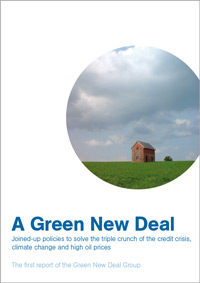 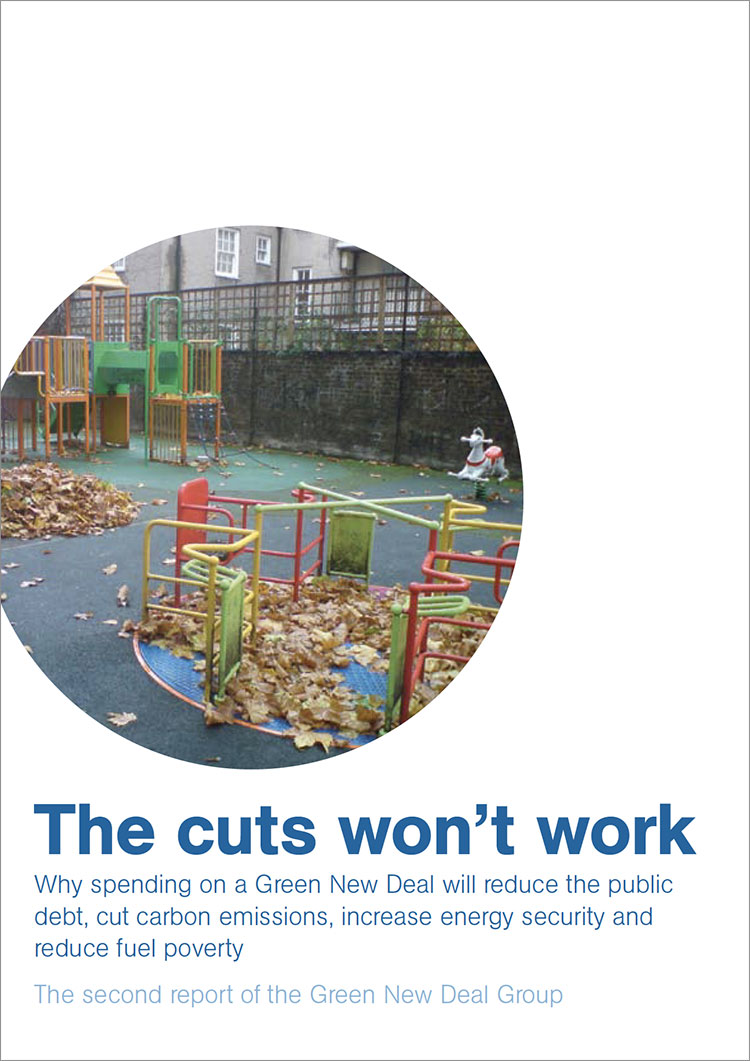 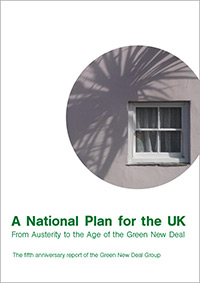 A National Plan for the UK 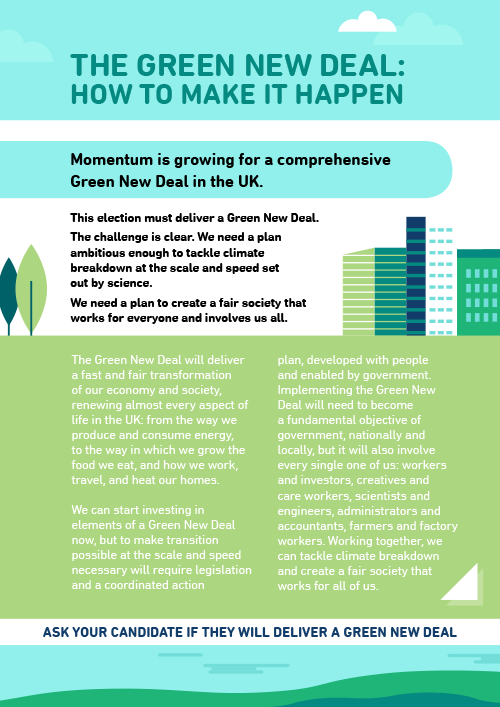 The Green New Deal: How to Make it Happen 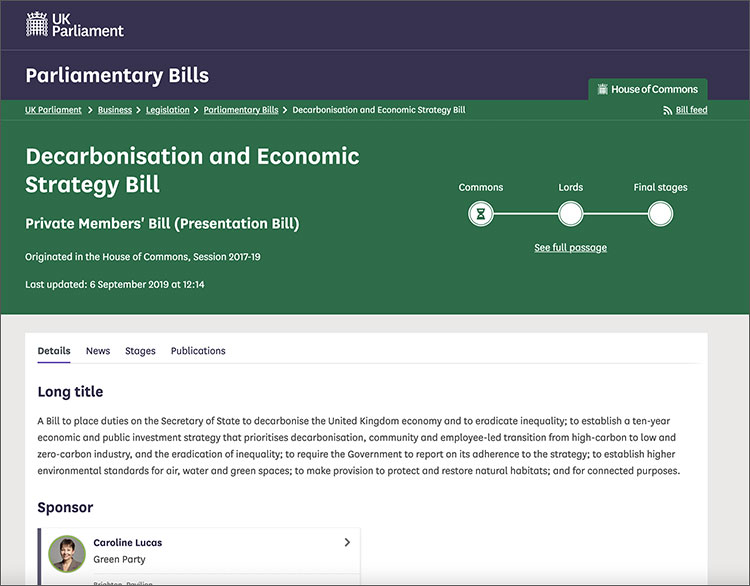